There are two systems for measuring threads – metric and imperial (same as SAE or American). Metric thread is measured in millimeters. For example, M10x1 refers to 10 mm diameter and 1 mm thread pitch (M stands for Metric). Imperial thread diameter is measured in fractions of an inch and imperial pitch is measured in threads per inch (TPI). For example, 3/8” x 24NF refers to 3/8” diameter and 24 threads per inch pitch (NF stands for National Fine; other options are NS – National Special and BSF – British Standard Fine). 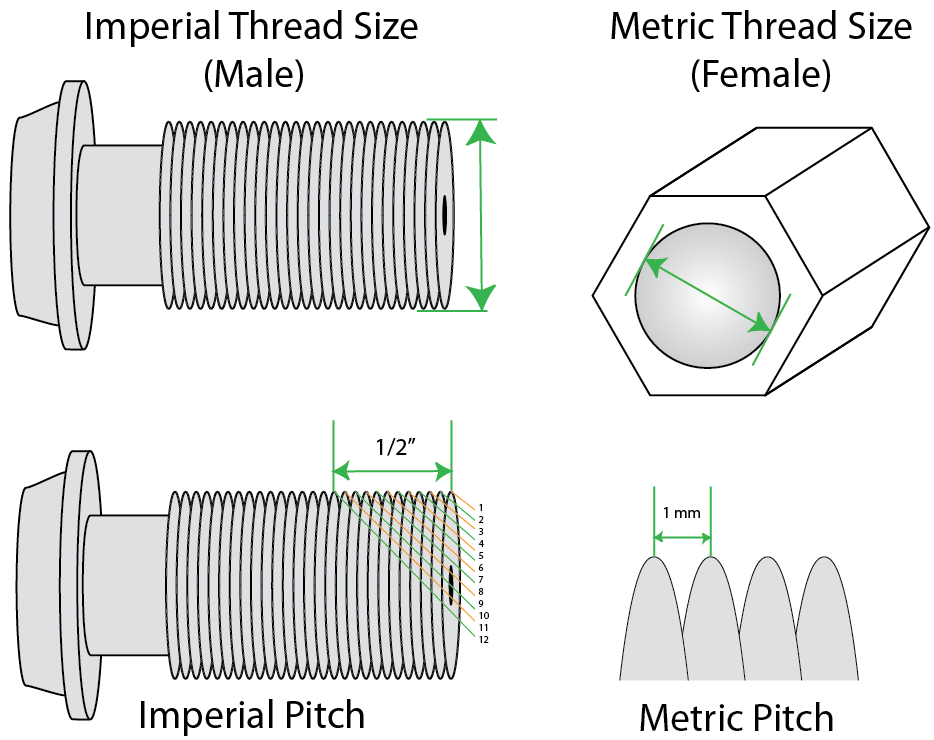 The easiest thread identification method is to use a thread ID gauge (such as BrakeQuip Thread ID Kit – Part# BQ2100). Alternatively, you can take an unknown male or female part and try to screw it together with a part you already know the size of – if it fits, you now know the size of both.

However, you do not need a thread ID kit or identified nuts and bolts for correct thread identification. You can measure the thread to ID it.

It is possible to have a metric thread on one end of a brake line, and an imperial thread on the other end.

You can generally distinguish whether you have a metric or imperial threaded brake line from the year and origin of your vehicle: